is an online store offering authentic handmade Russian art, gifts, jewelry made in Russian, toys for children and the whole family, board games, souvenirs, house-ware and more. We do our best to sell only quality, made in Russia items.

We have a large physical store in Toronto and proudly ship to Canada and U.S.

Proudly serve our customers since 1953!

Our internet store is proud to present the best collection in Canada the authentical (made in Russia) handmade and hand painted Matryoshka dolls !

A matryoshka doll also known as a Russian nesting doll, Stacking dolls, is a set of wooden dools of decreasing size placed one inside another. The name "matryoshka", literally "little matron", is a form of Russian female first name "Matryona" or "Matriosha".

The matryoshka doll is a symbol of Russia and its culture. It is truly a doll—a child's plaything—but it began its history just over 100 years ago as a highly collectible art form. A set of matryoshkas consists of a wooden figure which separates, top from bottom, to reveal a smaller figure of the same sort inside, which has, in turn, another figure inside of it, and so on.

The word “Matryoshka” is among the top 5 words strongly associated with Russia. Only few Russian words were borrowed by the languages of the world unchanged; Matryoshka is one of them. Despite the fact that the word is hard to pronounce, different spellings can be met in English texts: “Matrioshka”, “Matreshka”, “Matreoschka” or even “Matrushka”. At the same time, there are other references to Matryoshkas: babushka dolls or nesting dolls. 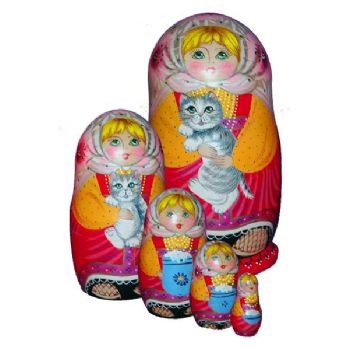 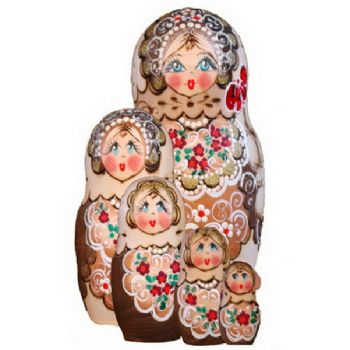 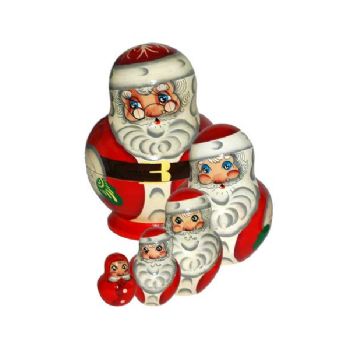 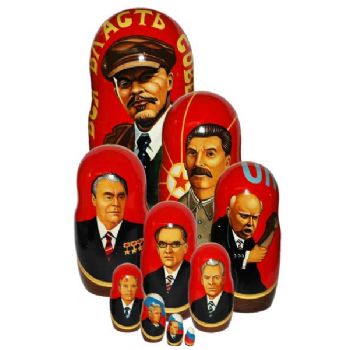 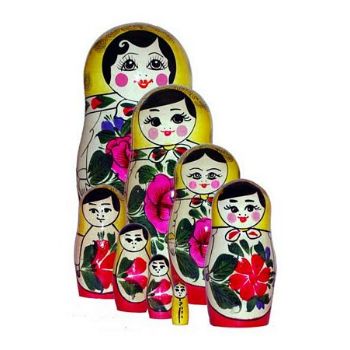 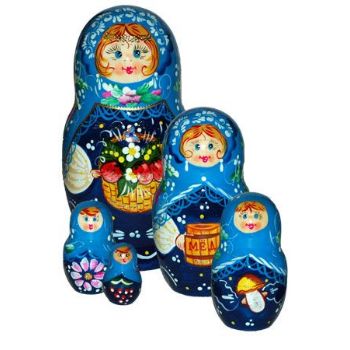 The product has been added to your cart