is an online store offering authentic handmade Russian art, gifts, jewelry made in Russian, toys for children and the whole family, board games, souvenirs, house-ware and more. We do our best to sell only quality, made in Russia items.

We have a large physical store in Toronto and ship to Canada and U.S.

Proudly serve our customers since 1953!

welcome to our blog 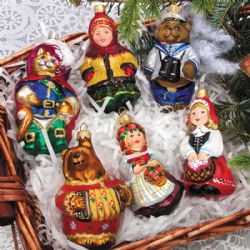 Christmas decorations - joy and feast for children and adults

For many of us, the magic of Christmas and New Year begins with decorating the New Year tree. At this stage, the house is filled with coziness and fun, when the whole family gets together and with love and joy hangs up, glass cones powdered with sparkling snow, colorful balls twinkling in the lights of animals - symbols of the coming year. We know how important it is to choose the right Christmas decorations and that is why there is a huge selection of the best New Year's toys and Christmas decorations in our store! 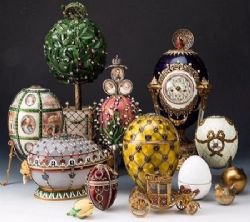 The history of the creation of Faberge eggs is very fascinating and dates to the distant 1885, when Tsar Alexander III ruled Tsarist Russia. In order to please his wife with an exquisite gift for the holiday of Easter, the king commissioned one of the jewelers to make something unusual. This jeweler turned out to be Peter Carl Faberge, after whose name the famous jewelry would later be called 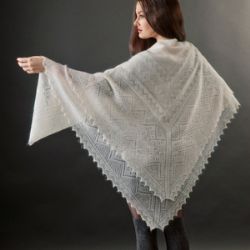 Few people know, but Orenburg downy shawls production has started for more than 300 years. According to one of the legends, the Russian settlers who arrived in the Urals were surprised at the easy dressing of the Kalmyk and Kazakh horsemen for the harsh winters. The secret of resisting frost turned out to be simple: a scarf knitted of goat down served as a lining under light clothes. Then the scarves did not have any patterns and ornaments and served only for insulation. 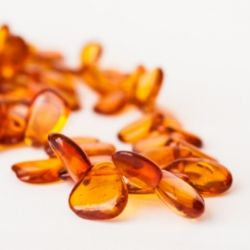 As you know, amber means light, warmth, and health. Amber is interesting because it is considered as a stone, however, amber is far from being a stone, but amorphous, fossilized tree sap - a relic resin.

The very name "amber" (from the English amber) comes from the Latin ambar, and this word in turn comes from the Arabic anbar. The name "bastard amber" was awarded to an opaque material. 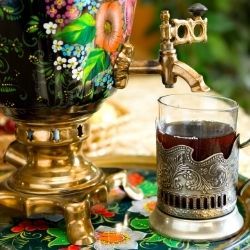 The first samovars in Russia appeared in 1730 in the city of Tula, which would later become the “samovar capital”. The first samovars were fire-fired, that is, wood-fired. Electric samovars appeared much later. Both types of samovars - fire and electric with auto shutdown - you can find in our Russian Art Store.
The original purpose of samovars was to boil water for tea. Therefore, all of its parts were designed specifically for this task: a body where water was poured, an inner pipe-brazier for wood fuel, a grate at the bottom of the pipe, on which charcoal lies and through which ash spills, a lid that prevents water from boiling away , handles for transferring the samovar to the desired place, a neck with blower holes, a pallet with legs that allow samovar to stand steadily on the surface, a cover-cap, with which the combustion process is stopped. A chimney was also attached to the fire samovars, through which the smoke escaped. If you want to make tea using a real coal-based samovar, then you can buy it at our store for the best prices in Toronto! 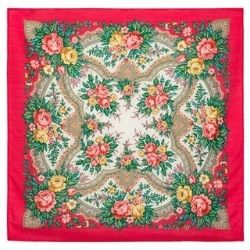 The history of traditional Pavovo Posad shawls is rooted in the distant past and closely intertwined with Russian culture. Previously, icon painters or woodcarvers were considered masters in this business, and instead of scarves, patterns were knocked out on stone slabs. After the successful application of the ornament, the pattern was transferred to the fabric by printing. Thanks to several stencils, it was possible to decorate the fabric with different patterns using carved boards. A separate board was cut for each color. The shawl was not stuffed in one go, but was initially divided into parts, from 4 to 24 pieces, in accordance with the size of the product. Sometimes craftsmen stuffed scarves even 400 times to get the desired color and fix it. 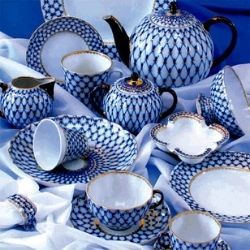 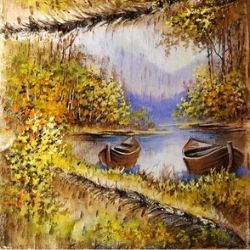 Nowadays, birch bark paintings are especially popular and may be seen in every home, which warms our heart, because the history of such paintings is rooted in the distant past. Once upon a time, when humanity was just beginning to develop an artistic craft, our ancestors noticed one of the wonders of nature - birch bark. Since those ancient times, birch bark paintings have become an integral part of art, and then were common in an interior design. In Canada and America, such products are highly valued due to their uniqueness. We are the first store in Toronto where you can buy original birch bark paintings and other products! 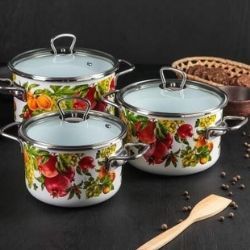 Enameled dishes are one of the most popular dishes for modern housewives. Modern enameled dishes are firstly made of cast iron or black steel, then they are fully covered with 2-3 layers of glassy enamel. Thanks to this process, the enameled dishes are classified as high-tech products. Enameled kitchen utensils have won the hearts of many cooking-lovers not only for their beautybut also for their quality and practicality among the countries of Europe, Asia, America, and Canada. 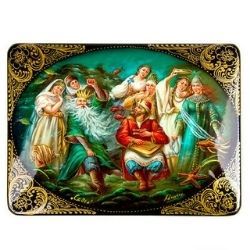 Palekh (Paleh, Palehkh) is a famous around the World art, which includes painted icons and colorful lacquer box. Initially, Russian masters depicted only religious motives and scriptures from the Bible, however, after the creation of Soviet power, the influence of the church weakened, and at the same time, faith suffered. As a result of severe bans on the dissemination of religious themes in art, the authorities forced the masters to switch to the creation of secular motives - fairy tales, epics, and legends. This is how the well-known Palekh style and painted papier-mâché boxes were born. 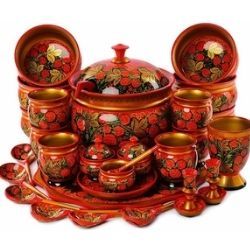 Khokhloma (also Hohloma) or Khokhloma painting (Khokhlomskaya rospis) is the name of a Russian wood painting handicraft style and national ornament,  known for its curved and vivid mostly flower, berry and leaf patterns. 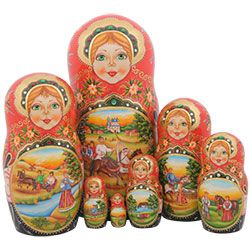 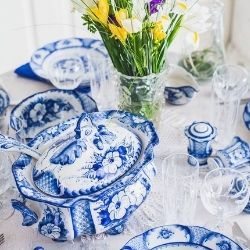 The variegated blue and white ceramics known to the whole world are one of the distinctive features of Russian art. Back in 1802, in the village of Gzhel, the first ceramics were created, and a little later the masters switched from ceramics to porcelain, which in its elegance and composition could compete with English porcelain.

The product has been added to your cart